What do you gain from holding on to pain or disease? 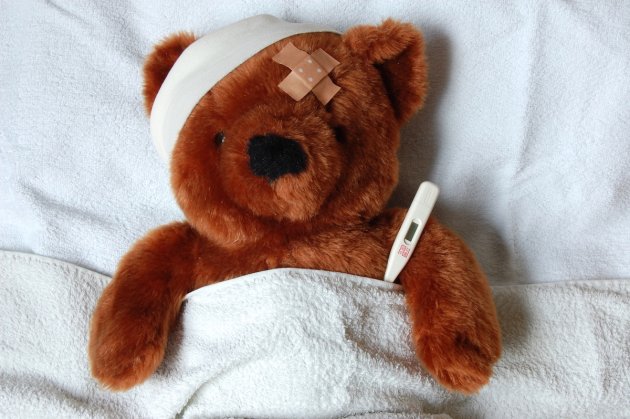 You might find this question upsetting but please keep reading as I’d like to share some insight that may allow you to finally release the pain or illness that’s hurting you so much.


In the years I’ve been connecting with people, I’ve found similar reactions show up again and again. To begin with, I wondered if it was something I was doing that was creating these responses. People would choose not to work with me and their reasons were, ‘nothing has ever worked for me’ or ‘that can’t work for me’.


Let me give you three examples.


Only last week I put out a blog which talked about the healing power of food. I shared a story of a patient of mine who had multiple illnesses that had plagued her for years. Decades in fact. Over a six-month period, her illnesses improved until they were no longer an issue for her.


My blog spoke about how by using food as the starting point, we were able to clear old beliefs and patterns of behaviour that were causing toxicity in the body. And that by detoxifying and supporting the body by giving it the fuel it needed, we were able to reduce painful symptoms until they disappeared altogether.


Well, I received a comment on Facebook that showed me once again that many people are not open to healing. This person let me know in no uncertain terms that the illnesses I was describing were ‘real’ and not able to be improved by food. She suggested that I didn’t understand the illnesses and was making up a story for my own gain. There was no possible way that the situation I had described, could be true!


Firstly, I only share stories that are true, authentic and proven.


And secondly, why would someone reject something that is easy, profound and inexpensive? You’re eating anyway so why not take the chance that changing your diet could provide relief?


I had another patient who saw improvement while working with me after he had been diagnosed with pancreatic cancer. And then one day, he turned to the traditional school of medicine, and after a couple of rounds of chemotherapy, he died.


What happened? Why didn’t he keep working with me?


And then there are people who start working with me but who every time I suggest something that will help them, they come out with the classic, ‘yeah but …’. No matter how I tried to find solutions they could manage easily and with the minimum amount of effort, they never got to the point of lasting relief because of ‘yeah, but …’


These examples might appear very different from each other but there is a common theme that runs through each of them.


There is a pre-existing mind-set or thought pattern that stands in the way of true healing.


It’s not their fault as they have been programmed from an early age to understand pain, illness and disease in a particular way. They have been taught that certain illnesses have a particular outcome. That cancer can only be ‘cured’ by chemotherapy or radiation therapy. That ‘invisible diseases’ can be manged but that they are with you forever. They understand at a deep level that once they’re sick, they stay sick. Perhaps you do to.


Or perhaps there are other patterns running in your life. Perhaps you don’t believe you deserve healing. Or perhaps the only time you receive attention is when you’re sick. Maybe being ill is the only way for you to experience the love and care that you desire.


There are many people who are in wheelchairs, not because of their physical health, but because for some reason, it’s working for them. I know this sounds controversial and potentially cruel, and I’m certainly not suggesting this is true in every case, but it is true for some.


Perhaps someone had an accident and was paralyzed for a time. However, after a while, x-rays and MRI scans show that the physical issue has healed but the person is still using a wheelchair. They could easily stand up and with some therapy, be back to full functioning.


But maybe they liked how they were treated when they were in the chair. Perhaps they enjoyed the fact that others took responsibility for taking care of the house and that they didn’t have to go out to work.


Or perhaps they had a mind-set pattern that told them they were a victim. They may not talk about it or have any real awareness of it, but there is a lot of mileage and sympathy to be gained by continuing to be a victim of circumstances. It’s a great way of avoiding responsibility.


And then of course, there’s the agenda of many doctors and pharmaceutical companies. Why wouldn’t you believe what they have to say? They do research. They can ‘prove’ that their drugs are beneficial to you.


So here you are, hearing that there is another way to healing. And it goes against everything you already believe to be true. It sounds like a lie, it feels like a lie and therefore to your brain, it is a lie. It can’t be true. It can’t happen like that.


But what if you were to open your mind to the possibility that there are other ways to heal your body? What if there are ways to improve your health that don’t cost a fortune or take years of treatment with no certain outcome?


We’re taught that if we take this little pill each and every day we will feel better. In some cases, the pill is presented as a cure. But the truth is that healing begins with you. No pill in the world will make you well all by itself. It’s often your belief in the pill that creates the healing.


That’s not to say that the traditional school of medicine doesn’t have a place. It absolutely does. And in many cases the treatment that’s offered is life-saving. But perhaps by taking better care of your body and brain and by nourishing them with the fuel they need for health, you wouldn’t need to visit the doctor so often.


Let’s go back to my patient with pancreatic cancer for a moment. The traditional school of medicine tells us the 95% of people with this disease will die within six months of diagnosis. Statistically, therapy for this disease has a less than 0.02% survival rate!


This patient was a friend so I knew his background before working with him. He changed his diet, had frequent sessions working on his physical body as well as his mind-set and began to feel good. Within 4 weeks his health had begun to improve, he had more energy and at the 4-week scan, his tumour had decreased in size. Amazing. It seemed like a miracle!


But then he turned away. Why would he do that?


The answer lies in his background.


He was a business owner but some decisions didn’t go his way and he ended up with a lot of debt. His business was making less money and he didn’t know what to do. People were asking for their money back and his problems seemed to grow with no solution in sight.


Until one day he remembered he had an insurance policy that would give his wife and children security if he died.


Need I say more? In that moment, he found the perfect way to save his family and step away from the responsibility of his business debts. If he was the poor guy with a deadly disease, nobody would judge him. He simply chose this way to solve his problems.


Perhaps this example helps you understand the power of the mind to run a life.


I’m sure your circumstances are much different, but you can change the patterns that are running your life. How sad it would be to continue needlessly in illness and pain just because your mind tells you that healing cannot happen for you.


The truth is healing can happen for everyone. It’s simply a matter of being open to possibility, taking a holistic approach and working to discover the best method that will work for you.


You are no different to anyone else. If it works for others, and it does, then it can work for you too.


You have nothing to lose and everything to gain.