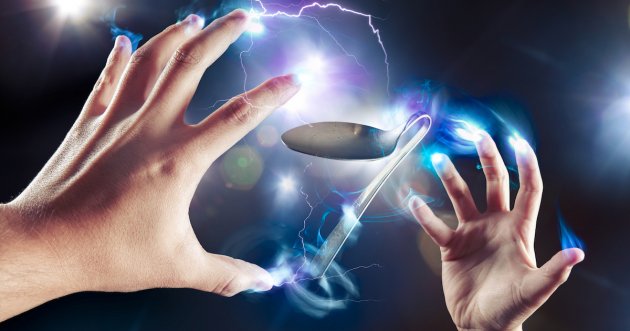 There is nothing more powerful than your mind when it comes to the creation of your reality.


Some people believe that the world just is the way it is, that bad things happen, that old age and illness always go together and that life is meant to be endured rather than enjoyed …


And other people believe that the world is a beautiful place, that you can be healthy for your entire life and that life is a joyous journey to be savored …


Well, the truth is that there is no right or wrong, only perception. We exist in a creative energetic universe and we have the power to bend it to our will with our thoughts. Every thought that goes through your mind is tuned to a specific frequency and will attract events, situations and people who are tuned to the same frequency. It’s like a signal going out to the universal energy that says, ‘bring this to me’.


You literally are creating the reality you see around you with your thoughts. You will always see what you expect to see.


I’d like to tell you a story that illustrates just how powerful your mind is to create results in your life. It truly is astonishing what you can create when you believe something to be true.


Many years ago, a man was travelling across the country by sneaking into one freight train after another. One night under the cover of darkness, he crept into what he thought was a carriage and closed the door which locked automatically behind him. When his eyes adjusted to the light he realized he was trapped in a refrigerated boxcar and immediately became aware of the intense freezing cold.


He banged on the door and called for help but the noise of the train meant he failed to attract anyone’s attention. After hours of struggle against the freezing cold, he lay down and in despair scratched a message on the floor of the boxcar explaining his imminent death.


Late the following day a repairman from the train yard opened the door and found the man dead on the floor. All signs indicated that the man had frozen to death and yet the repairman had come to fix the broken refrigeration unit in the boxcar. Although in all likelihood the temperature within the boxcar had not fallen below 50 degrees during the night, the man had died because he believed he was freezing to death.


Your thoughts are not aimless or meaningless but are creating your experience every second of the day.

That’s the power of your mind.


Are you feeding your brain with messages and information that will help you create the life you want or are you surrounding yourself with everything that is the opposite of what you want?


It makes a difference. Your mind is constantly retuning to the frequency of your thoughts and those thoughts are sending a signal out to the universe.


The more you surround yourself with a particular message, the truer it becomes for you. And it doesn’t matter whether that message has a basis in fact or not. If it’s true for you, then the results of your life with reflect that.


The man in the boxcar could easily have survived the night. There was enough oxygen and although he would have been chilly, there was no threat to his life.


And yet he died.


Because he believed wholeheartedly that he was trapped in a refrigerated car and would freeze to death if he was not rescued. His belief in that thought was so absolute that his body responded with the appropriate symptoms. His mind literally delivered the results he believed would happen simply because he believed it to be true.


What kind of life do you want?


You can think and feel your way to everything you want. Because although a thought has the power to create your reality, when you add emotion to it, it is magnified to become a one-way signal to the universe.


The first step is to become aware of what you are thinking. Most of us go about our daily lives with little or no awareness of the constant conversation that is going on in our brain. It’s like a song playing over and over again on a loop. It’s the story of your life so far and unless you change the channel, your brain will continue to deliver the same results over and over again. The circumstances may look different but the outcome will be the same.


What can you do differently starting today?

How can you change what you focus on?

How can you change your thoughts?


What can you do to change your mind?