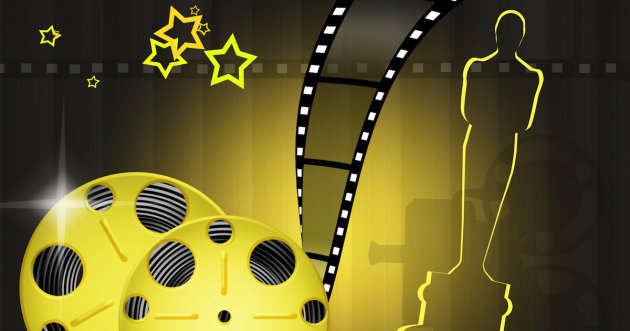 It’s that time of year again. The Oscar Nominees have been announced and the build up has started. There’s a buzz of anticipation as the television networks, photographers and glamorous interviewers prepare for the event that decides the brightest and best of the film industry.

It’s the time for red carpets, fabulous dresses and perfect grooming. The time when the stars you love to love, and the stars you love to hate, come out to ‘play’ as the world watches with bated breath. It’s as if your favourite soap opera has come to life as drama plays out across your screen.  Smiling people are everywhere. They sparkle and shine. Everyone looks so happy!

But what’s really going on behind all the glitz and glamour?

What’s it really like to be an Oscar Nominee?

It’s easy to look at the glamorous side of an actor’s life and feel envious. The money, the fame, the attention, the ‘good looks’. But behind the face they show to the world, they struggle with many of the same things you do.

Hard to imagine? They may have money and they may have fame but the pressure to perform at the highest level and to always look their best no matter how they feel, is immense. Every move they make; every outfit, every expression, every word they say is captured and broadcast to the entire world. And it never goes away. One moment of inattention or lapse of focus and it’s there in the public eye forever.

How many selfies have you taken and immediately deleted because the angle was wrong or the camera caught you mid-expression? Now imagine that every one of the those deleted selfies has been published for everyone to view whenever and wherever they choose. How would you feel?

How would this impact your self-esteem and confidence?

And it’s not just the constant attention that’s tough to take. A movie star is only as ‘good’ as their last movie. One ‘bomb’ at the box office and their career can be over. One scandal in their personal life and they may never be hired again. The movie industry is fickle and just because an actor is flavour of the month today, doesn’t mean they will be tomorrow.

It would take a toll on any one of us.

So imagine the seesaw of emotions that accompanies an Oscar nomination! The euphoria and excitement of having a performance recognised and appreciated coupled with the anxiety of attending a ceremony that will be viewed by over 25 million people around the world, written about in the tabloids and plastered all over social media.

Imagine the pressure of knowing the eyes of the world are watching and that every camera is directed at you? That if you ‘lose’ everyone will be watching your expression to see if you’re angry, disappointed or jealous. The slightest movement of your eyes or face will be judged by your critics. And if you win, the same thing will happen. You mustn’t look to jubilant or too happy for fear of being perceived as gloating. It’s a lose, lose situation.

So how do you find your balance? How do you calm the excitement and manage the anxiety?

How do you find the happiness that this Oscar nomination should bring?

A win at the Oscars will bring euphoria, celebration, adulation and respect. It may bring you amazing opportunities, fabulous money and fame beyond your wildest dreams.

But will it bring you happiness?

The problem with the pursuit of happiness is that you’ll never find it. Sooner or later real life will creep back in. The critics will be cruel. You’ll feel the pressure to repeat your success. Slowly but surely the happiness you found will slip away to be replaced by the anxiety of not measuring up.

You see, happiness is a fleeting thing if you’re relying on others to show you your worth. If you’re looking for people to tell you how good you are. If you’re constantly checking to see if you measure up. If you’re reviewing your performance in light of the critic’s opinion.

True lasting happiness is built on the inside and is not dependent on anyone else.

It’s not reliant on a win at the Oscars.

It’s not impacted by the sneer of a critic.

Winning an Oscar is a bonus. It’s a moment to treasure. It’s an opportunity to celebrate.

But an Oscar award will not make you happier. … only you can do that.